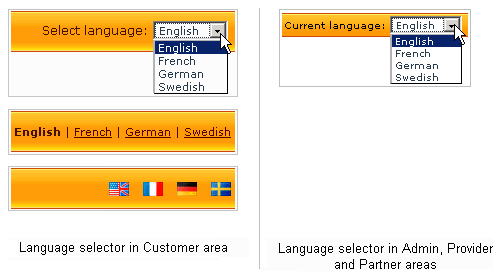 For registered users, X-Cart can remember what language they selected, and when a registered user logs in to the personal account, X-Cart automatically switches to the user's language, not to the default language. For anonymous users, X-Cart does not keep information about a preferred user language, and anonymous users need to switch to their language each time they visit your store.

To set a default language for the customer and administrator interfaces:

Note: When you change the default admin language, it does not affect the titles, product and category descriptions in the admin area. To copy these descriptions from international descriptions:

To export a language: